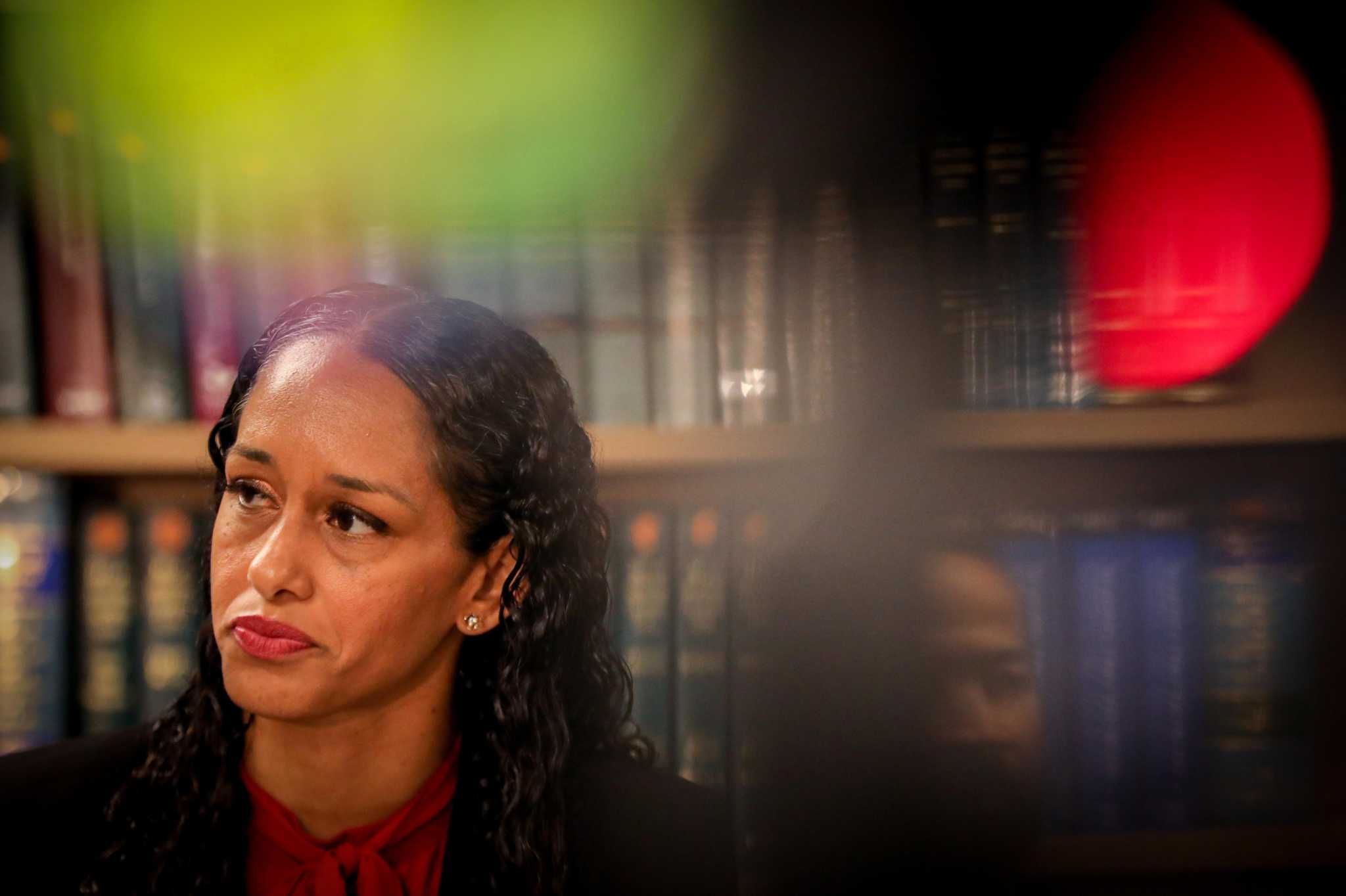 San Francisco got a clearer picture this week of the amount of money that has been raised by the various candidates and ballot metrics in the upcoming November election.

Jenkins, who was appointed district attorney by Mayor London Breed after the successful recall in June of progressive Chesa Boudin, raised around $126,500 through September 24 and ended the tenure with around 61,700 $ in bank after accounting for expenses. Its notable donors include Breed, Association of Police Officers President Tracy McCray, and some attorneys in the District Attorney’s Office.

Hamasaki, who this week received an endorsement from the San Francisco Democratic Party, raised nearly $87,000 and had about $54,800 in the bank at the end of the same period, campaign finance records show. Its contributors include Supervisor Dean Preston, former State Senator Mark Leno, and some attorneys from the Public Defender’s Office.

Another candidate, Joe Alioto Veronese, raised $56,472 to support his 2022 campaign and had about $45,600 in the bank at the end of the September reporting period. His donors include his mother, former supervisor Angela Alioto, as well as philanthropist Dede Wilsey and the Teamsters Union Local 665. Alioto Veronese has tried to portray himself as someone who doesn’t quite fit any of the city’s political camps.

Alioto Vernoese kicked off his campaign for the 2023 district attorney race in the spring, before starting to run for the same position in the upcoming November election. In his 2023 campaign account, he said he raised $183,225 and had $62,044 in cash on September 24.

Alioto Vernoese can spend some of the funds from his 2023 campaign account on the 2022 race, although there are restrictions, San Francisco election attorney Jim Sutton said. He can transfer the money he raised for the 2023 election to his 2022 campaign, as long as the funds are allocated to individual donors – and none of them have reached their legal contribution limit $500 for his campaign this year.

“He has to make sure that the people whose money was transferred haven’t already paid out,” Sutton said.

“The campaign has been in constant contact with the city’s ethics commission to make sure we follow everything according to their guidelines,” said Cory Johnson, campaign manager for Alioto Veronese.

A fourth 2022 district attorney candidate, Maurice Chenier, did not appear to have campaign finance reports for the race available on the city’s ethics commission website as of Friday afternoon.

The district attorney contest isn’t the only high-stakes race that’s attracting major fundraisers. Here’s a look at some of the others.

Incumbent Supervisor Matt Dorsey, who Breed was appointed to the District Six seat in May after Matt Haney was elected to the state Assembly, hopes voters will let him serve a full four-year term representing SoMa, Mission Bay and Treasure Island. It has raised approximately $153,400 from donors through September 24 and has received an additional $149,000 through the city.
public funding program
which is available for candidates for the positions of supervisor and mayor.

Dorsey’s fundraising now follows that of his main challenger, Honey Mahogany, Haney’s former chief of staff. Mahogany, who also chairs the San Francisco Democratic Party, raised $198,575 from donors and had received more than $191,000 in public funding by the end of September.

Public funding for oversight campaigns is capped at $252,000 for incumbents and $255,000 for non-incumbents.

Another District Six contestant, Cherelle Jackson, reported contributions of just $345.79, all of which appeared to come from herself. The other candidate, Ms. Bille Cooper, did not post an updated campaign finance report on the city’s Ethics Commission website Friday afternoon. In an earlier filing, Cooper reported contributions of $1,450 and a cash balance of $949 at the end of June.

Board of Supervisors, District Four

Incumbent Supervisor Gordon Mar, seeking a second term representing the Outer Sunset, has raised about $91,700 from donors year-to-date. Mar also raised nearly $44,000 last year and received $123,180 in public funding this year. He ended the September reporting period with about $93,860 in the bank, and his campaign said Thursday it was preparing to seek another six figures in public funding.

Mar’s challenger, Joel Engardio, a public safety advocate who has run for supervisor three times before, has raised approximately $121,270 from donors through September 24 and received the maximum of $255,000 in funding audience. He had approximately $294,290 in cash at the end of the reporting period.

Another candidate, Leanna Louie, was struck off the ballot by San Francisco’s chief electoral officer after an investigation by city attorneys found she did not meet the residency requirements. Louie sued to try to get himself reinstated on the ballot, but a Superior Court judge refused to overturn the decision.

After supervisors rejected Breed’s attempts to put a measure on the ballot that would speed up housing development, his allies launched an expensive campaign to collect signatures that resulted in Proposal D. The measure, which would shorten the approval process for some housing projects, has drawn support from major technology donors, as well as housing advocates from the “yes in my backyard” or YIMBY movement, and the Nor Cal Carpenters Union.

Proponents of the proposal said they had raised more than $1.5 million through September 24 and had about $185,300 in the bank.

A competing measure, Proposal E, was put on the ballot by the Supervisory Board. Proposal E has a similar objective to Proposal D, but includes stricter affordability requirements and would allow city supervisors to monitor how public funds are used in eligible projects. Supporters of Prop. E said they raised $286,100 and had approximately $200,000 in cash at the end of the September reporting period.

Proposals I and J

These proposals affect the future of John F. Kennedy Drive in Golden Gate Park, which the Board of Supervisors voted 7-4 in April to be car-free in perpetuity. Proposal I would overturn the decision of the supervisors.

The campaign for Prop. I reported raising approximately $588,800 through September 24, of which over 80% was attributable to donations from Young Musuem and Wilsey, the
philanthropist
who is chairman emeritus of the museum’s board of trustees. The campaign had about $86,700 in cash at the end of the reporting period.

If the proposal passes and gets more votes than the competing measure, the 1.5 miles of JFK Drive in question would only be closed to cars on holidays and most of every weekend. The proposal would also require cars to be allowed back onto the major highway in either direction at any time – reversing the current arrangement in which the route is car-free on weekends but open to motorists on weekdays.

Proposition J, the rival measure, would uphold the supervisors’ vote on JFK Drive and stop cars from driving. Supporters of the measure have raised more than $294,200 since the start of the year and had about $162,600 in the bank as of September 24.