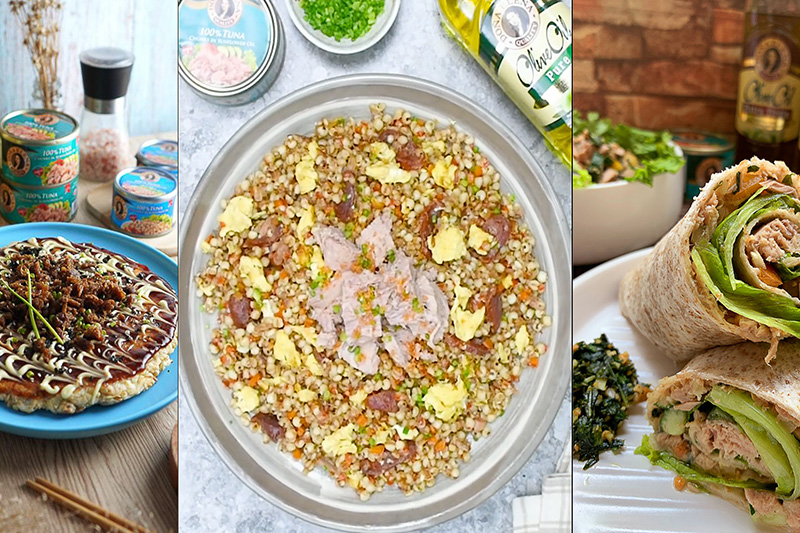 With canned tuna among pantry staples, many households have found creative ways to enjoy this versatile, protein-rich ingredient.

Here are five tuna dishes you can try:

Soup-loving Filipinos can make a hearty soup with canned tuna. Content creator @ulamngkapitbahay particularly used Doña Elena tuna chunks, as well as her pure olive oil. This can serve as a main meal or a delicious side to a fried dish.

Who would have thought that you could use canned tuna for okonomiyaki, the Japanese favorite snack?

Food vlogger @hungryherl gave her followers another perfect snack option for binge-watching or pica-pica, tuna croquette with turmeric mayo dip. Besides the potatoes, she also used the pieces of tuna combined with pomace olive oil.

If you want Mediterranean dishes but want a healthier option, food content creator @kaintayo_cravings has shared a recipe for it. The Mediterranean-inspired lettuce wrap with a homemade pesto sauce used chunks of tuna in sunflower oil with a layer of Doña Elena virgin olive oil. The tuna was accompanied by seasonal vegetables.

The content creator gave Chinese yang chow a twist by replacing the adlai with rice and making it even healthier by using chunks of tuna in sunflower oil. This was also sautéed with pure olive oil.

The food blogger said the use of adlai also supports farmers planting this traditional grain in areas such as northern Mindanao and the Cordillera region.

The 10 Best Squarespace Templates for Small Business Owners: Get Your Business Seen