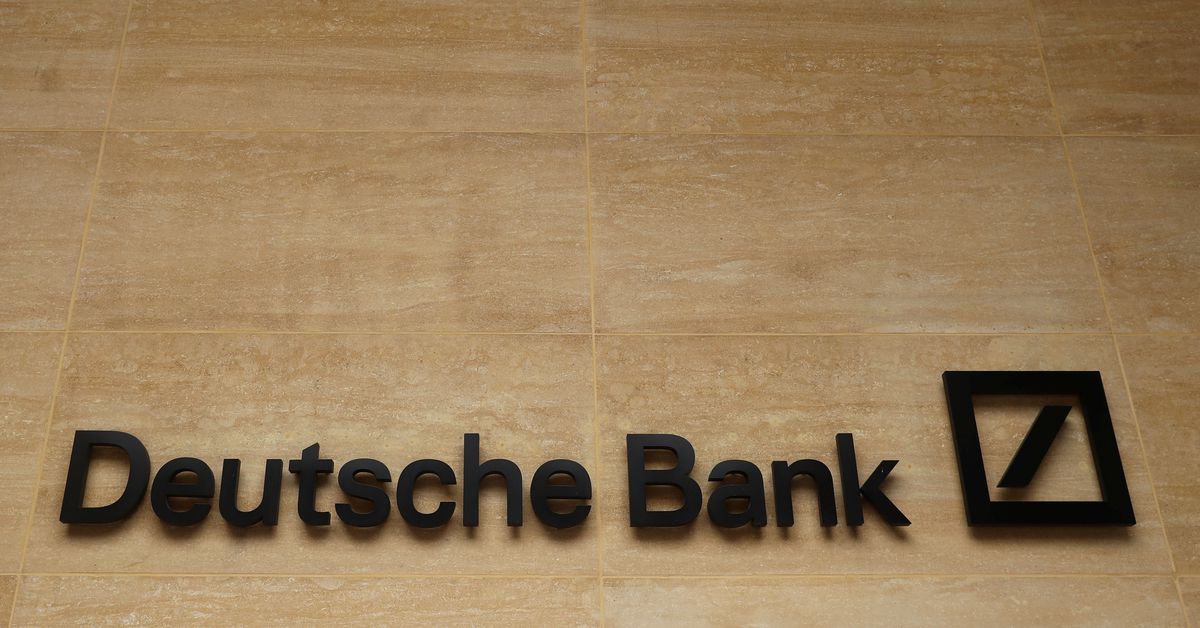 FRANKFURT, May 15 (Reuters) – Deutsche Bank (DBKGn.DE) is not funding an oil pipeline in Africa that environmental activists say will displace thousands of families and disrupt nature reserves, a person with knowledge of the situation said on Sunday. case.

Germany’s biggest lender has come under pressure to clarify its stance on financing the $3.5 billion East African Crude Oil Pipeline (EACOP) project, which would span more than 1 400 kilometers from Uganda to Tanzania.

Deutsche has so far not commented on the plan despite mounting pressure ahead of the bank’s annual general meeting on Thursday. The environmental activist group 350.org is organizing a series of protests in the coming days.

“Many major banks and insurers have already pulled out of this devastating project. We are increasing the pressure on Deutsche Bank, one of the only major banks in Europe that has not yet withdrawn its support for EACOP,” said 350.org. before the scheduled events.

French energy giant Total (TTEF.PA), which is developing the pipeline with China National Offshore Oil Corporation, said it was taking steps to mitigate the environmental and human impact of the project. Read more

In recent years, Deutsche Bank has marketed itself as a bank that businesses can turn to as they transition to a greener future.

“We have put sustainability at the heart of our strategy,” chief executive Christian Sewing said last year.

Deutsche Bank was never involved in financing the pipeline, the person said on condition of anonymity.

Deutsche Bank said in a statement that it does not comment on customers, but that it “supports the transition to a low-carbon economy” and that its policies prohibit it from knowingly financing projects that clear primary forests. , high conservation value areas and peatlands. .

The campaign called #STOPEACOP says on its website that the pipeline endangers the water of millions of people and will cut off land essential for elephants, lions and chimpanzees.

Covers German finance with a focus on big banks, insurance companies, regulation and financial crime, previous experience at The Wall Street Journal and The New York Times in Europe and Asia.