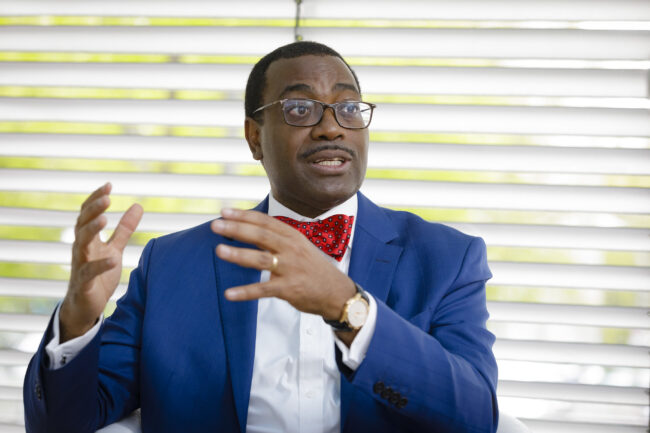 Adesina said the situation persisted despite collective efforts to bridge the gap.

According to a statement on the AfDB’s website, Adesina said this when US Treasury Secretary Janet Yellen hosted G-7 ministers and heads of multilateral development banks on Tuesday.

Speaking at the virtual roundtable, Adesina said the AfDB has committed over $44 billion to infrastructure across the continent over the past six years.

According to him, the money was channeled towards the development of critical areas such as transport, energy, water and sanitation.

Others include attracting the private sector, mobilizing finance for green infrastructure, addressing risk and stretching the balance sheets of multilateral development banks.

He added that more should be done focusing on local currency financing of infrastructure.

This, he said, could contribute to debt sustainability, as most of Africa’s debt today is due to infrastructure financing.